Our customer was renovating his house, including building an outdoor entertainment area at the front of house.Included in the plans was a large outdoor BBQ/pizza oven with a chimney – the brief was to cover the area and fit the roof around the chimney. Easy!

Detailed plans were needed, as this was a small canopy high on detail. The look was really important – so rather than have the base plates showing on the deck, we fitted these around decking bearers. Decking was taken up and posts went through the deck with additional timber structures under the decking to support them.

The cover was pre made in one piece with a chimney hole, which was made to absolutely accurate measurements, and the installers lifted the whole cover in one piece over the chimney, then tensioned it around the edges. The area was small and tricky for the installers to work around, but the results were definitely worth it. The deck now gets a lot more use, and the canopy has made a big difference to the usable space our customer now enjoys. 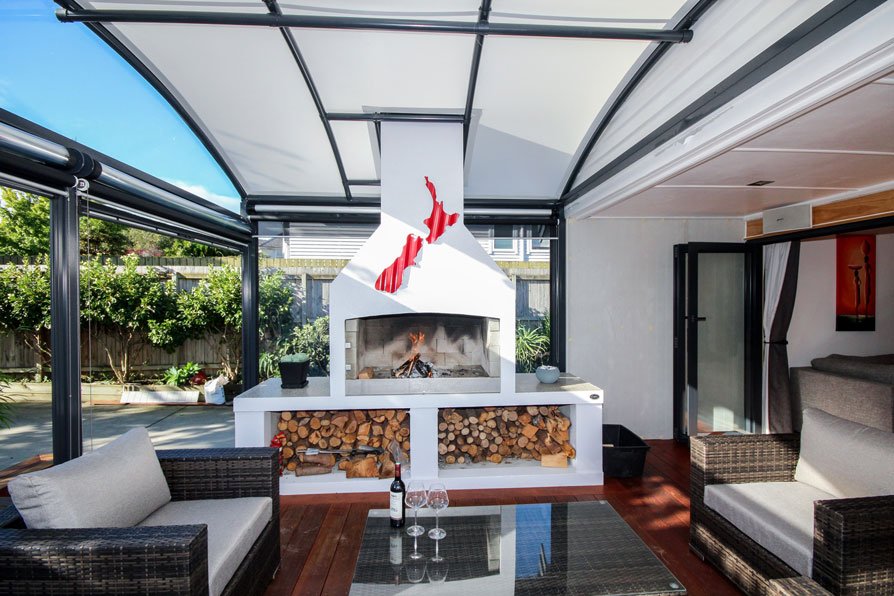 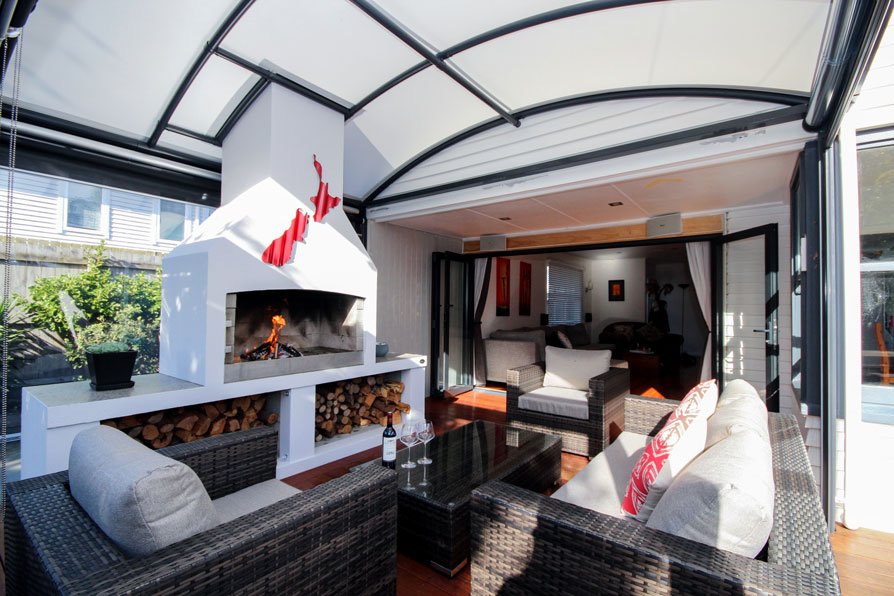 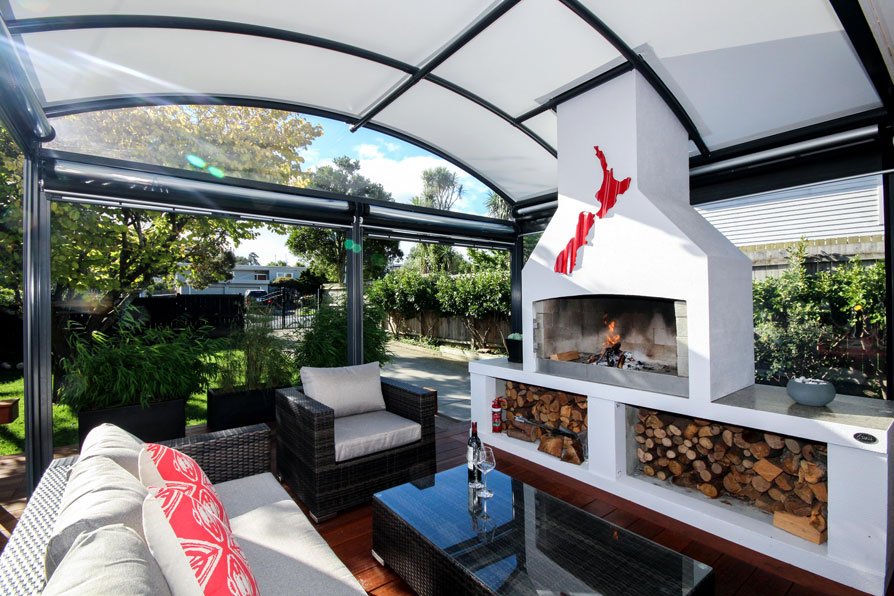 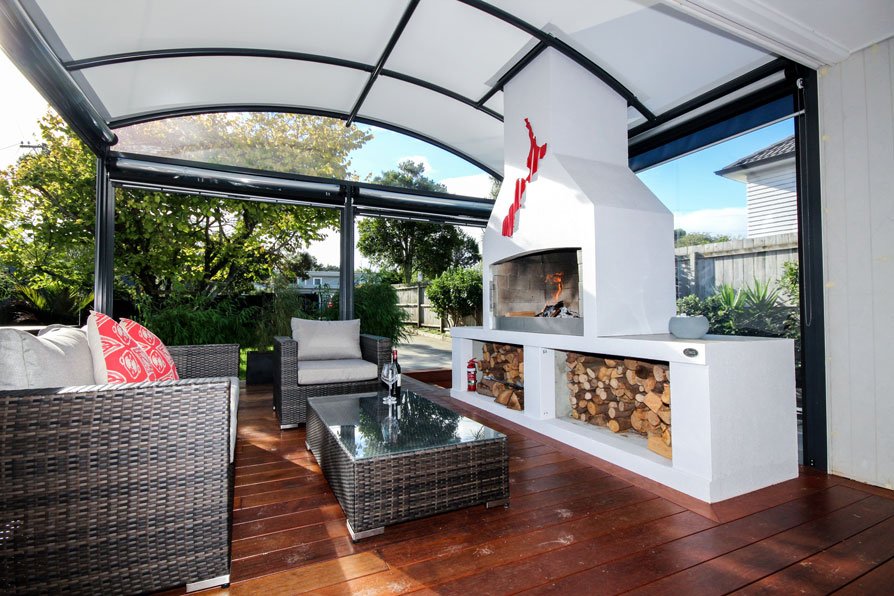 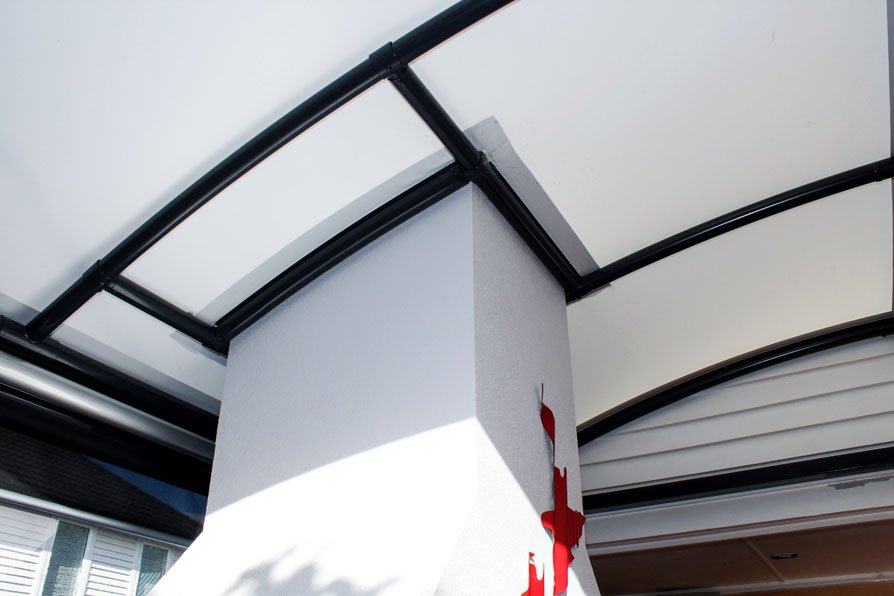